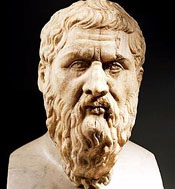 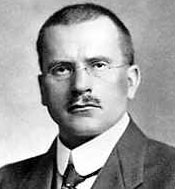 The biology of beauty:

“What is this “Phi Mask” anyway?

We believe that it is not strictly an image of “beauty” – but actually an image of “HUMANNESS”. That is, it is the way we identify our own species, and individuals within our species. Like all other animals we need a way to identify our own species for mating, bonding, self- protection and other survival purposes. Also we need to be able to distinguish healthy and disease free individuals within our species for similar purposes. Other animals recognize their own species through one or a combination of their senses. Moths and butterflies, for example, recognize each other through smell – the olfactory sense. They are able to recognize or identify other moths by their scents (or “pheromones”) from up to 3 miles away. This is how they identify “mothness”. Dogs recognize each other by a combination of vision and smell. They initially visually identify another animal as a “dog” and immediately approach it tosmell it and ascertain its degree of “dogness”, as well as other information about that dog. Dolphins recognize their species and individuals within their species through the sense of sound.The degree of one dolphin’s acceptance of another is its dependent on its perception of that other dolphin’s sounds like a dolphin. These sounds create its species identity, or “dolphinness”.Elephants appear to use a combination of sound, vision and smell. Few people have any argument that these animal behaviors are all instinctual behaviors that are genetically encoded and subconsciously driven. We are animals too. Humans, however, have historically had a hard time seeing and regarding themselves as “animals”. We have named ourselves “Homo Sapiens Sapiens” or “Man Wise Wise”. In fact if other animals had an opportunity to rename us they would more likely have called us “Man the annihilator of all species and destroyer of the planet” or something to that effect. We have taken great pride in understanding and controlling our planet and all the other species on it. But our own ego has led us somewhat astray with regard to understanding ourselves. We are, in fact, much like other animals. And like other animals, to a tremendous degree, we are a product of our genetic makeup. Most of us in science now believe that genetics, much more than environment, determines the lion’s share of who we are and who we become. Humans are animals, but more specifically we are a visual animal. We essentially recognize each other by sight. We cannot smell each other more than a few feet away, and if someone yells our name we immediately turn to see, or “visually”identify, who they are. Part of our genetic code is a subconscious image of what “human” is supposed to be. The primary image of “humanness” is the genetically coded visual image of an “ideal” human face. The more a face resembles this “Ideal Human Face Image” – the more we perceive it to be human. When a face is perceived to be human that perception sets off in us a conscious response of “attraction” and “positive emotion”. If this subconscious visual perception of “humanness”, if strong enough (that is if the face we see looks enough like our subconscious image of “humanness”), then the conscious response will be elevated to a combination of a sense of “strong attraction” and a sense of “strong positive emotion”. “Beauty” is defined as “the quality or combination of qualities in an entity which evokes in the perceiver a combination of a sense of “strong attraction” and a sense of “strong positive emotion”. Thus we can postulate that the perception or “recognition” of beauty is actually nothing more than a strong correlation of what we subconsciously expect “humanness” to appear to be.

Plato (427-347 BCE) discussed his “Forms”, postulating that all objects have an “ideal” “form” or structure. In particular, he taught that these “Forms” were pure or perfect objects of mathematical or other conceptual knowledge. He felt that these “pure” forms existed only in the realm of knowledge and never in the reality of human everyday existence.

Individual things in the realm of appearance are beautiful only insofar as they participate in, correlate with, or approach in structure these universal “Forms” of Beauty.

Karl Jung (1875-1961) took the concept of Plato’s “Forms” further and presented his own Theory of Archetypes.

In Jungian Psychology an Archetype is “an unconscious idea, pattern of thought, image, etc., inherited from the ancestors of the race and universally present in individual psyches”.

In simpler terms we could basically refer to an archetype as an “instinct”.

That is, in essence, an instinctual idea, pattern of thought, image, etc., inherited from the ancestors of the race and universally present in individual psyches.

We now believe that the image of the “ideal” human face is indeed an “Archetype”; a subconscious image which we are born with and carry throughout our lives.

This archetype has evolved in order to help us identify members of our own species and further sort members of our species according to their relative health and ability to successfully reproduce and to provide other resources to us and those who are close to us.