The “Mask” by all accounts is a distinctively female configuration. The male face seems to be a particular variation of this female “Mask”.

Note:  The “complete” male variation from the “Mask” would be a combination of:

1]. The specific age variation with regard to the Mask.

2]. The typical male variation from the (female) Mask.

and   3]  The particular ethnic variation from the archetypal Mask.

This “male variation” of the (female) Mask can be uniquely described.
(see below)

B. THE FEMALE VS. MALE ARCHETYPE

The essential Phi Mask (i.e. the geometric ideal “beautiful” image of humanness) is actually that of a woman. The male image is a variation on that mathematical female image.

Developmentally all human faces begin as essentially feminine – even if genetically male. Through multiple exposures to testosterone the genetic male face gradually transforms into the male configuration. But again, male faces essentially start out physically as female. This is evidenced by the fact that generally young pre-pubescent males can be dressed as females and often be mistaken for females. However after the great testosterone infusion (really more like a blast) at puberty, it is generally quite difficult to disguise the “maleness” of a face.

There appears to be a biological basis for the difference between male and female faces.

This appears to be primarily for mate attraction. Female attractiveness advertises health and the absence of disease as well as the ability to successfully bear children of good genetic makeup, and raise them to maturity.

This is important for human females as historically (the present era excluded) human males have generally been the sex who chose who they would mate with. For the most part, men would openly entice, steal, pay for, bargain for or otherwise attempt to acquire the mate they were attracted to.  This left the female to evolve with a necessary strategy to “attract” a mate. Along with psychological “wiles”, women necessarily evolved to become physically more attractive or “beautiful” than males.

This visual attractiveness strategy is not unusual in animals. Birds, for example have evolved similarly – but in reverse. Generally, female birds are the “mate choosers” and as such the male has evolved to be the more beautiful sex, so often sporting its fabulously colorful plumage and performing intricate courtship dances to entice the relatively drably colored and frequently uninterested female.

A male is attractive in a different way than a female – so much so that to refer to or call a male “beautiful” is actually not a compliment to most males.

C. THE MALE VARIANT FROM THE “ARCHETYPAL” (OR “GOLDEN”) MASK

The true “Archetypal Mask” seems to be actually a “female” image. The human male face is actually a variant of this “female” face and hence of the true “Archetypal Mask” which is essentially female. This male image or mask, which we refer to as “The Male Variant of the Archetypal Mask” is, however, a distinct and identifiable configuration. This male variant varies from the female face (and the female Golden Mask) in only slight but significant ways. It has evolved to to be very similar to the “female” Golden Mask but with characteristic “male” variations.

Like the idealized female face, the idealized male face advertises health and as such essentially conforms to and is symmetric like the female Golden Mask.

However, as a result of the male’s primitive evolved function to provide hunted food and other resources as well as to protect the family and tribe, males have evolved to be perceived as attractive to the degree that they physically advertise those abilities.

Likewise, the human male face has evolved to appear different than the female face so as not to be sexually attractive to other males, since this might interfere with and compete with his attempts to mate with females.

Like the female or Archetypal mask the male variant can be described in both the Repose Frontal and Repose Lateral views.

(OF THE MALE VARIANT OF THE ARCHETYPAL MASK) 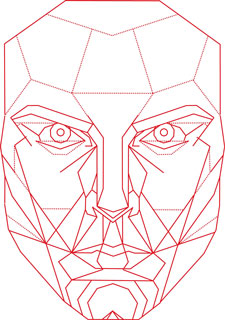 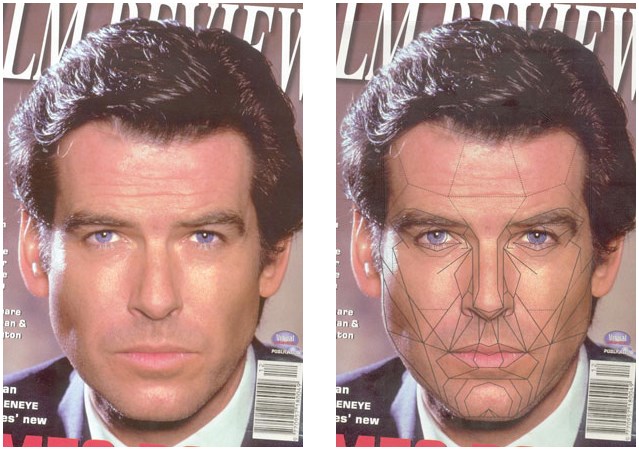 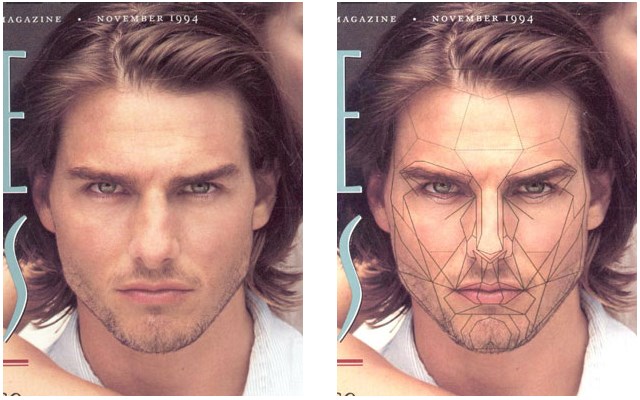 All of these variations work together to make the male face appear more intimidating and protective than that of the female.

The female face basically advertises the nurturing and attracting – the “come hither” look.

The male face conversely advertises – “I’m healthy, I can provide resources and I’m tough – don’t antagonize me & don’t threaten me or those who I am protecting”. 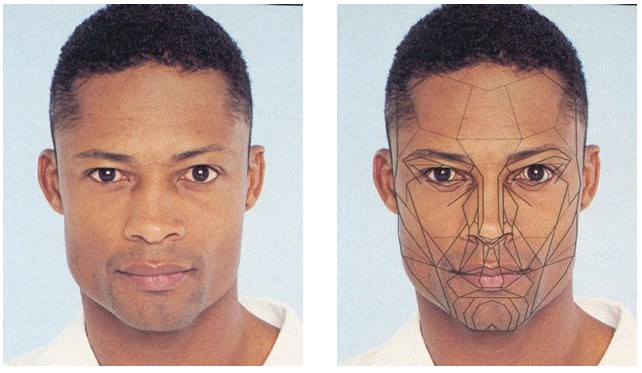 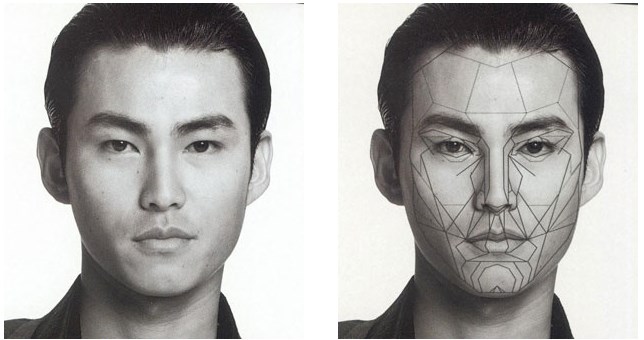 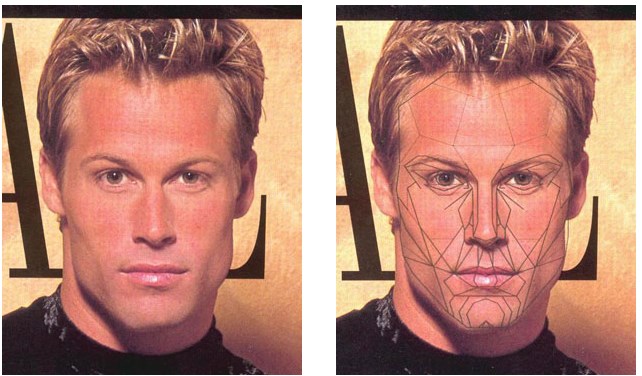 (OF THE MALE VARIANT OF THE ARCHETYPAL MASK) 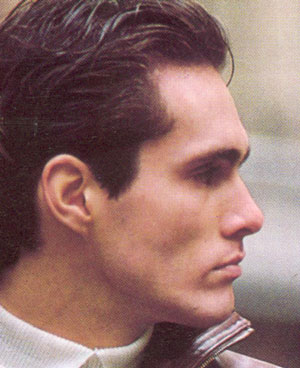 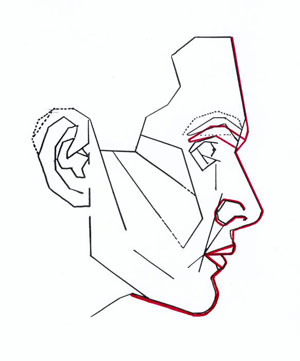