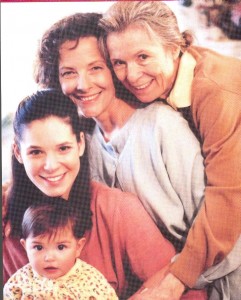 Aging Women – 5 generations of a family

Like just about every other aspect of human existence the face varies with age. To state that the face changes with age is hardly news.

The periods of human ages can be arbitrarily grouped into four main categories. These categories are:

The following are the variations of the face from the adult archetypal mask that occur with age:

B. THE BABY FACE: 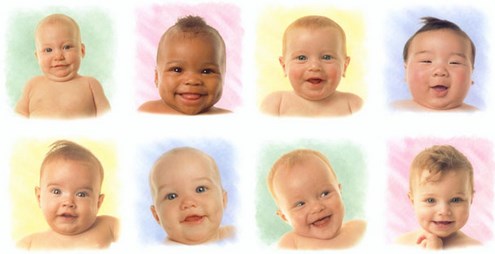 There is one other period of major personal visual attractiveness. This is the period of the infant or “infancy”. The infant has evolved to be highly attractive/attracting, in order to evoke the nurturing instinct in the adult, motivating the adult to protect the infant and give it the best chance to survive during this vulnerable period in its life.   In a nurturing way the adult is attracted to the baby and nurtures and protects it until it eventually is able to care for itself.

This “baby” period lasts from approximately 1 month to 2 years of age.

The typical baby face varies from the archetypal adult face in the following manner:

The average child’s face varies from the archetypal adult face in the following manner: 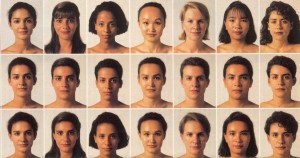 The archetypal mask which we present here is the mask of the young adult’ age 14 to 24 years.  This is the period of life when the face is normally at its “attractive peak”.That is, it is the most attractive that it will ever be during this period of the life of any individual. The facial form during this time is generally fairly static, and is distinctly different from the facial form of an infant, that of the child or the old age adult face.

The adult archetypal mask is essentially the face of the post-pubescent and young adult. For most people the closer they are to the age range of 14 to 24 years, the closer their face will match the mask. This is actually the “window” of maximum correlation with the mask and hence of maximum personal visual attractiveness for any human. That is, for most people their face will be at its “lifetime” most attractive during this period. 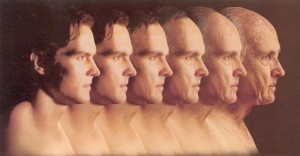 As an individual matures the face “ages”. Essentially as any person ages beyond about 24 years the face begins to gradually match the mask less and less. This of course is not an overnight phenomenon but as a rule is gradual occurring over a period of years. This “face aging” is actually a function of several physiologic changes that occur with time.

As a result the normal aging adult face with time progressively varies from the archetypal adult Mask in the following manner: