Evidence of the existence of other facial archetypes: 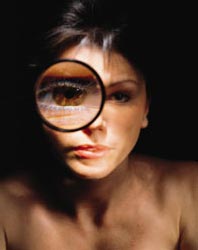 We have thus far identified what we believe to be archetypal(or genetically encoded) images of the human face in two expressions or configurations, repose and smiling.

Psychologists Carroll Izard and Paul Ekman have demonstrated in their research the universal recognition of at least 10 facial expressions in addition to repose and smiling.