Phi appears in nature and the human body, as illustrated by the photos below.  Click on any image to zoom to full size. 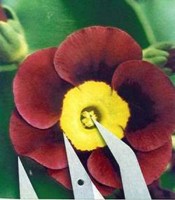 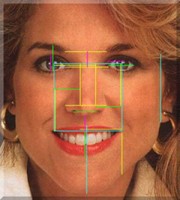 The Greeks said that all beauty is mathematics. If that is true then perhaps there is a mathematical code, formula, relationship or even a number that can describe facial beauty.

Historically many different numbers have been tried in an attempt to describe beauty however, only one mathematical relationship has been consistently and repeatedly reported to be present in beautiful things.

This particular relationship is the “Golden Ratio“. It is a mathematical ratio that seems to appear recurrently in beautiful things in nature as well as in other things that are seen as “Beautiful”.

Many things found in nature have parts that are in a ratio of 1.618:1 as seen above.

Images above demonstrating the golden ratio graphically with the multi-colored Golden Ruler are by Gary B Meisner of www.goldennumber.net.

Images above showing the use of the golden mean gauge (insects, plants, hand and teeth) are by Dr. Eddy Levin of www.goldenmeangauge.co.uk.

Other Names For The Golden Ratio:

The term “Golden Proportion” is also referred to by other names including: