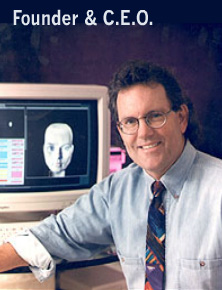 Dr. Stephen R. Marquardt is a native Californian having been both born and raised in Southern California. He received his doctorate from UCLA, and completed his residency in Oral and Maxillofacial surgery at the UCLA Medical Center. He retired from active surgical practice after 27 years and currently conducts his research on human attractiveness in Orange County, California.

Dr. Marquardt is an active member of the Societies of Maxillofacial Surgeons, and a Diplomate of the American Board of Oral and Maxiillofacial Surgery. His university appointments have included Assistant Research Oral Surgeon and Chief of Facial Imaging at UCLA, and professorships at Loma Linda University as well as at the University of Southern California.

Dr. Marquardt’s Facial Imaging Research is acknowledged by professionals worldwide and has been presented extensively in the public media. You may have seen him on CBS, NBC as well as on the Discovery Channel , BBC, and The Learning Channel. Newspapers such as the London Times and national magazines including those in the United Sates, France, Germany, the United Kingdom, Holland, South Africa, Hong Kong and Australia have featured articles on his work. He currently continues his research on attractiveness and teaches, lecturing to university students and staff as well as to professionals and public groups.